This is a gift from us to you, so that you may become in your own authenticity, that your birth-right of pure health and love be manifested. This Complete Health Quantum Audio Journey contains all high energy superfoods, antioxidants, Divine Codes, Seals Removal, and energetic body, mind & spirit health-supporting quantum signatures. We also suggest you use Automated Aura Clearing, so you can keep your body & energy field as clear as possible to allow natural energy flow in your life.

This is a gift from us to you, so that you may become in your own authenticity, that your birth-right of pure health and love be manifested. This Complete Health Quantum Audio Journey contains all high energy superfoods, antioxidants, Divine Codes, Seals Removal, and energetic body, mind & spirit health-supporting quantum signatures. We also suggest you use Automated Aura Clearing, so you can keep your body & energy field as clear as possible to allow natural energy flow in your life.

We want to change the way things work by working with honesty and trust. We have put years of experience, research and investments in our products and now it’s time to trust in abundance equally for all where we can work in a mutual understanding and co-creation. In case you want to integrate this divine product into your commercial or non-commercial project, please contact us. We can provide you a silent version so it can fit into any digital or physical product, for example, print work, design, music, movie, meditation and much more. You can take a look at some products already encoded with Divine Tools, clicking here.

What Are The Benefits?

After years of personal divine connection and growth, scientific and technological research and developments, we are now able to have breakthroughs in unique and amazing ways to your own emotional, physical, mental and spiritual growth. We use specific scalar wave technologies and quantum energy signatures embedded into any physical or digital content.

Our Divine Technology is composed of three steps:

1. CAPTURING – With Divine Connection and Intent, we use specific scalar wave technologies to capture, amplify and encode the quantum signature of the object, substance, intention and codes.

2. AMPLIFICATION – We then run the recorded quantum field in a proprietary algorithm amplifying it with the Krystal Sequence over a few billion times.

3. ENCODING – Finally, we can now encode this amplified signature in a perfectly balanced state into any physical or digital content.

Wild Oregano Oil
As an herbal supplement, oil of oregano is known for its antiviral, anti-inflammatory, and antioxidant properties. It contains several potentially healing compounds, such as carvacrol, thymol, and terpinene. People have traditionally used oil of oregano for respiratory health. It’s also become a popular alternative remedy for cold and flu symptoms.

Borax
Sodium borate is an important naturally-occurring boron mineral that has historically been used in pharmaceutical applications because of its preventative and healing properties. There has been various research done on it with numerous health benefits, and arthritis cures due to people being deficient in boron, which is involved with healthy bone development and density and proper calcium deposition in the right places. Borax is also used by many to remove toxic fluoride from the body as well as calcification in hurtful locations in joints and muscles. Particularly great for clearing nanoparticles in the human body, the reason we included it in the audio.

Vitamin C
Vitamin C is a vital nutrient for health. It helps form and maintains bones, skin, and blood vessels. It is also an antioxidant, meaning that it can neutralize free radicals that can damage cells at the genetic level.

Suggested use: Twice a day, morning and evening, use your intent with it and guide the audio into your body and cells. You can also keep it on repeat during the whole day with the volume turned low. If there is any overwhelm, or feeling agitated, have a break from it and allow detox & integration time.

What our customers have to say

I had a sincere problem with my knee, the size of it was twice as big, I couldn't stand on it and walking was a super painful experience because of an infection. I had to go to the Hospital where they wanted to give me antibiotics. I refused because it does not fit my healthy lifestyle. I had to lay in my bed because I couldn't move and I decided to pass the time with some music that I remembered I bought the Ultimate Healing. I listened to it several times and imagined my knee would be healed, I meditate as well. After 3 days my knee had the normal size and in 4 days I walked again although the doctor told me it would at least take 14 days (with medication) to heal. I am grateful for the music given by Divine Tools.

Gwendolina Leendertse
Having just experienced the Ultimate Healing audio for only a week or so, I can honestly say that it is a truly wonderful and delightful gift to be participating with. It has helped to smooth out and refine what has been a very "bumpy" healing rememberance, making my journey much more satisfying. Much Love to you all !!

John Dinsmore
A few days I listen to the encoded healing music. It's great to feel the results! The side effects of my broken wrist I struggled with, are now more solving, its progressing in a faster way, Im so happy!! Thanxxx 🌟🌠🥰

Guin Bergmans
This amazing technology helps to empower my Chaga+Mumijo Multi-Super-Extract in a way, that most of my customers literally feel the energy encoded and imprinted emanating from the labels at first contact. When they take my jars in the hand, reactions like ”woow what is this” are very normal... It definitely is a major upgrade for any high quality conscious product. 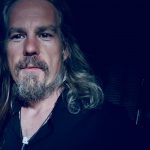 Bear Alf SaorinFOUNDER OF BEARMEDICINE
When I unpacked the book I ordered it was like magic happened. Light literally came out of it, the cover was glowing. I was intrigued because I immediately felt how strong the energy was. Can't wait to discover more Divine Tools and implement them in my own conscious business.

Mieke Lannoey
Deep respect and very grateful for the technology of Divine.tools. A highly advanced technology. The frequencies and the power encoded in the spray, music and other are out of this world. Amazing intense healing frequencies coming from the music. I highly recommend this Master Work. 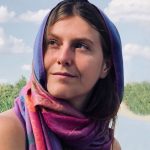 Joyce Rainbow
Very beautiful and powerful technology! In the music that they create there is so much healing power. The sound and the colors just put me in a state of pure Bliss. 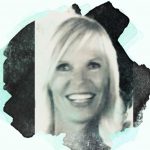 Lisa Thoresen
WOW! I think it worked! Using the Ultimate Healing Audio for 8 days now, I was able to let go of social anxiety pattern with ease!

Technologies and tools to improve your life, to accelerate your emotional, psychical, mental and spiritual growth.

Free gift for you, to use on your phone, computer and a printout to charge your water, clear your food or electricity in your house and many other applications possible. And upgraded high-frequency Kryst Code Activation for aligning yourself to your authentic state.
GET IT FREE